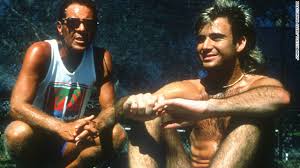 Nick Bollettieri and Andre Agassi in the early days

At Wimbledon last year, I met with Nick Bollettieri and we talked about his two favorite subjects: tennis and, well, Nick Bollettieri. I told him that I’d done what a lot of journalists do in advance with famous people: I’d already written his obituary.

It should be an unsettling thing for a man in his 80s to hear, but Bollettieri just shook my hand and said, “Thanks. You’re going to need to write it again.’’

I love that. He wasn’t done yet.

Bollettieri has always been part-huckster, part-builder of tennis champions, and the first part of that turned off enough people that they didn’t notice the second part, or just didn’t want to. Despite developing the greatest generation of tennis champions, and defining a model the world would copy, he somehow managed to be seen as tennis’ gate-crasher.

He couldn’t even get into the International Tennis Hall of Fame. Until he was voted in this week.

Whatever you think of Bollettieri’s methods or his carnival-barker mentality, it is just such an ugly reflection on tennis that it took so long for him to be honored. By now, you’d think this sport would have learned, would have welcomed people who don’t look like they belonged in tennis’ past. Or sound like it. Or act like it. Or worse: have the pedigree for it.

Shame on tennis for taking so long with Bollettieri.

The trend today is to sign with a coach who has won majors as a player. The more majors, the better. Andy Murray finally won his majors after signing Ivan Lendl, and next thing you knew, Roger Federer signed Stefan Edberg, Novak Djokovic had Boris Becker. Even Kei Nishikori had Michael Chang and Marin Cilic had Goran Ivanisevic.

Here’s one thing to remember: The best player in the world, Rafael Nadal, is coached by. . .

This trend to ex-champs as coaches isn’t going to produce the results players are expecting.

Bollettieri was not a great player. He was not a tour player. To be honest, I don’t really even think he was much of a player at all, though he did play briefly in college.

It’s pure snobbery that it took so long to recognize Bollettieri, who developed Andre Agassi, Jim Courier, Monica Seles, Maria Sharapova and others who reached No. 1. 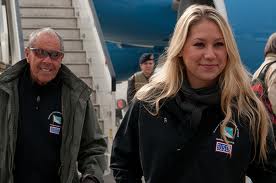 Being honest, I think he changed things, too, when he went so crazy with Anna Kournikova. She is criticized unfairly, by the way, despite her incredible work ethic making her a top 10 player in a tough era. The problem is, she made a lot of people a lot of money without ever having won a tournament. And now, the premium is on good-looking young girls who can be groomed into top, marketable, players.

But back to Bollettieri. Take a look at who makes the best baseball managers. It’s not usually the best former players, but instead the ones who studied the game, who had to truly understand it. It’s the ones who had to find every last angle to make it to the top, or close to it.

I’ll take a career backup catcher as a manager any day. Of course, Bollettieri never even reached that height on the court.

Who cares? It was his vision that found a way to get to the sport’s mountaintop. Again and again.

He founded the Nick Bollettieri Academy in Bradenton, Fla. in 1978, and his idea was to take the top prospects, put them all together and have them fight each other on the court all day, all night. He is no strategic genius, but did push a new attacking style, from inside the baseline with a massive forehand.

He eventually sold the Academy to IMG, and it has grown into something massive, as shown here in this recent piece by Christopher Clarey in The New York Times. The story also points out that it took a big lobbying effort to get Bollettieri into the Hall this time, from Agassi, Roger Federer, Serena Williams and Chris Evert, who all wrote letters to the election panel pushing for him.

He started his first tennis camp with the help of Vince Lombardi. Bollettieri was a tennis instructor at a hotel in Puerto Rico in the 1960s and 70s, and Lombardi would come there to play golf. He stopped by the tennis courts one day and told Bollettieri that he was good working with kids, and should do more of it.

Later, when Bollettieri’s career wasn’t going well, he called Lombardi, who helped him to set up a tennis camp in Beaver Dam, Wis.

His Academy was tennis’ first tennis factory, and that led to plenty of criticism. Agassi and Courier, among others, would have a falling out with Bollettieri over his militaristic style. Eventually, they came back into the fold.

So he certainly wasn’t without controversy. But 82 years old, and his plan has led to double-digit players reaching No. 1 in the world. He’s looking to develop another one, too, so he can alter his obituary yet again.

I’ll already have to change one part in his now: The gate-crasher has finally been accepted.

I can talk tennis all day long, and often do. And yet some of the people I talk to about it might rather I talk about something else. Or with someone else. That’s how it is with tennis, right? Sort of an addiction. Sort of a high. I am a national columnist at FoxSports.com and a FoxSports1 TV insider, and have been a columnist at the Chicago Sun-Times. In 2010, I was the only American sports writer to cover the full two weeks of all four majors, and also to cover each of the U.S. Masters series events. I’ve seen a lot of tennis, talked with a lot of players, coaches, agents. I watched from a few rows behind the line judge as Serena rolled her foot onto the baseline for the footfault, a good call, at the 2009 U.S. Open. I sat forever watching a John Isner marathon, leaving for Wimbledon village to watch an England World Cup soccer game at a pub and then returning for hours of Isner, sitting a few feet from his wrecked coach. I got to see Novak Djokovic and Robin Soderling joke around on a practice court on the middle Sunday at Wimbledon, placing a small wager on a tiebreaker. Djokovic won, and Soderling pulled a bill out of his wallet, crumpled it into his fist and threw it at Djokovic, who unwadded it, kissed it, and told me, “My work is done here.’’ And when Rafael Nadal won the French Open in 2010, I finished my column, walked back out onto the court, and filled an empty tic tac container with the red clay. I’m looking at it right now. Well, I don’t always see the game the same way others do. I can be hard on tennis, particularly on the characters in suits running it. Tennis has no less scandal and dirt than any other game. Yet somehow, it seems to be covered up, usually from an incredible web of conflicts of interest. I promise to always tell the truth as I see it. Of course, I would appreciate it if you’d let me know when I’m wrong. I love sports arguments and hope to be in a few of them with you here. Personal info: One-handed backhand, serve-and-volleyer. END_OF_DOCUMENT_TOKEN_TO_BE_REPLACED
This entry was posted on Friday, March 7th, 2014 at 1:01 am and tagged with Andre Agassi, Anna Kournikova, Hall of Fame, Jim Courier, Maria Sharapova, Nick Bollettieri, Serena Williams and posted in Uncategorized. You can follow any responses to this entry through the RSS 2.0 feed.
« Maui Vacation Refreshing. Davis Cup, Fed Cup Stale
FRENCH OPEN: Massive Reporting Blunder Dominates…Uh, Little Mistake Goes Viral »